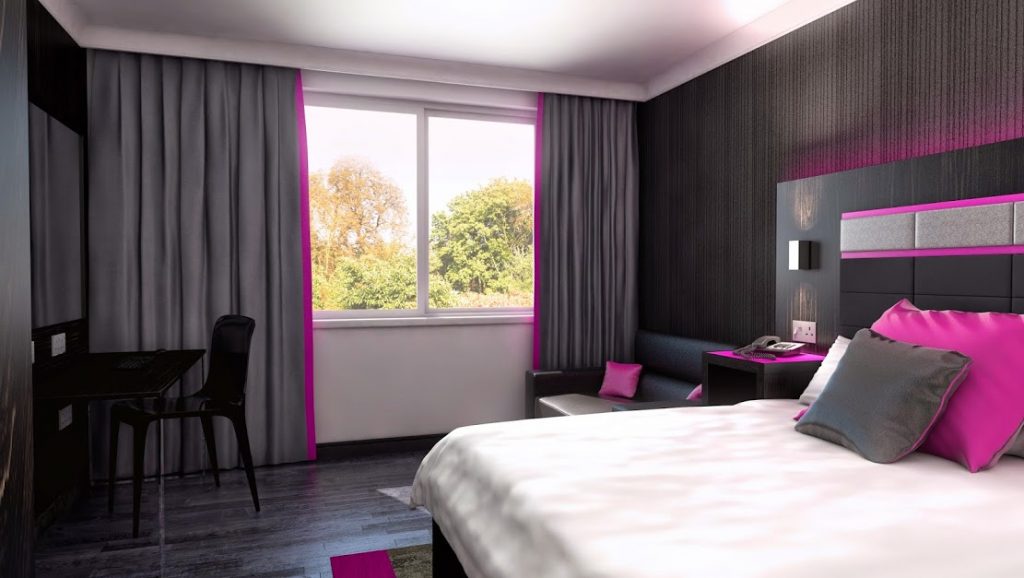 Roomzzz have also included a luxury penthouse suite in the Nottingham scheme as an exciting addition and enhancement to the building’s features. Complete with a roof top balcony, complete with invigorating cityscape views over Nottingham.

Mark Walton Head of Roomzzz Aparthotel UK comments ‘We are pleased to have been able to maintain the hotel heritage of this site. Nottingham is a key area for us – we have been seeking out an opportunity to plug a gap in the marketplace in this area and with this are pleased to raise the bar on Nottingham’s accommodation offering as a premier but affordable alternative to hotels with this site. We are confident that Roomzzz Nottingham City will boost Nottingham’s economy in terms of the calibre of professional and long stay guests Roomzzz Aparthotel attracts.

The light-up stand demonstrates the city’s vibrancy🌟. It’s not one to miss! Come visit #TeamNottingham at stand F233. https://t.co/VlVuMugeq1

Shoot down to our stand to meet and take pictures with our legendary outlaw @EzekialBone. We’d love to see your pics using #MeetInNottingham 📸. https://t.co/70sJDdvACX

. @EMCCHotel has undergone a recent multi-million-pound refurbishment. The end result is a contemporary and energizing environment for both business and pleasure.🌟

The city of Nottingham and the University’s rich history has been a beacon of inspiration for the interior design. https://t.co/ui1exGHvCg

Join us at the #TheMeetingsShow if you’re looking to streamline your event planning process, immerse yourself in the events, meetings, and incentives community and gain personal development. Register today! 💚