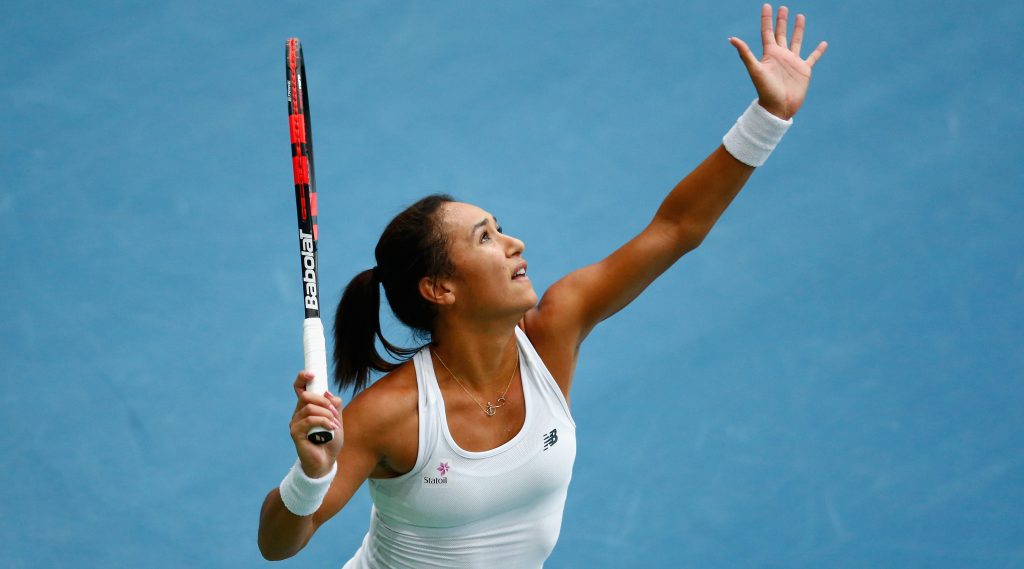 The Lawn Tennis Association (LTA) confirmed that the British number one Heather Watson will kick off her 2015 grass court season at the brand new Aegon Open Nottingham WTA event. Watson will join a world-class player field in the tournament as Nottingham welcomes back some of the best tennis players as they prepare for The Championships, Wimbledon.

Speaking on her announcement, Heather said: “I’m really looking forward to playing at the Aegon Open Nottingham in June. It’s brilliant that we’ve got a brand new women’s event in Britain in the run up to Wimbledon and I’m excited to be part of its debut year. I love coming back to play on home soil every summer. The support from the home crowds for all of the British players is fantastic, which makes it extra special.”

The Aegon Open Nottingham (WTA) Tournament Director, Rebecca James, said: “We are delighted that Heather has chosen to play the Aegon Open Nottingham as part of her preparations for Wimbledon. This is a brand new event for 2015 and it’s great news that we will have the British number one here to help us kick things off. This is a city with a rich sporting pedigree and there’s no doubt there will be enthusiastic crowds here come June to cheer on Heather and all the top players we will have on court.”

David Macmillan, Chief Marketing Officer at Aegon said: “It is fantastic news that Heather Watson will be playing the Aegon Open Nottingham this summer. Being able to get behind a British player is part of what makes the summer of grass court tennis so special. The Aegon Open Nottingham will play a crucial part in players’ preparations for Wimbledon and we look forward to more player announcements. There will be a great atmosphere when Heather steps on court and we wish her the best of luck for the tournament.”

Nottingham City Councillor Dave Trimble, Portfolio Holder for Leisure and Culture and Tourism, said: “We’re thrilled to have such a star player announced for the Aegon Open Nottingham. Nottingham is proud to be hosting the prestigious tournament and with its world class players, such as Heather, spectators will be served up an impressive display of tennis at the Nottingham Tennis Centre. The City Council is working closely with the LTA and partners to ensure this event builds on Nottingham’s reputation as a globally recognised city of sport, as well as helping to increase interest and participation in tennis for local people.”

For more information and to purchase tickets please visit our page for the event.

The light-up stand demonstrates the city’s vibrancy🌟. It’s not one to miss! Come visit #TeamNottingham at stand F233. https://t.co/VlVuMugeq1

Shoot down to our stand to meet and take pictures with our legendary outlaw @EzekialBone. We’d love to see your pics using #MeetInNottingham 📸. https://t.co/70sJDdvACX

. @EMCCHotel has undergone a recent multi-million-pound refurbishment. The end result is a contemporary and energizing environment for both business and pleasure.🌟

The city of Nottingham and the University’s rich history has been a beacon of inspiration for the interior design. https://t.co/ui1exGHvCg

Join us at the #TheMeetingsShow if you’re looking to streamline your event planning process, immerse yourself in the events, meetings, and incentives community and gain personal development. Register today! 💚