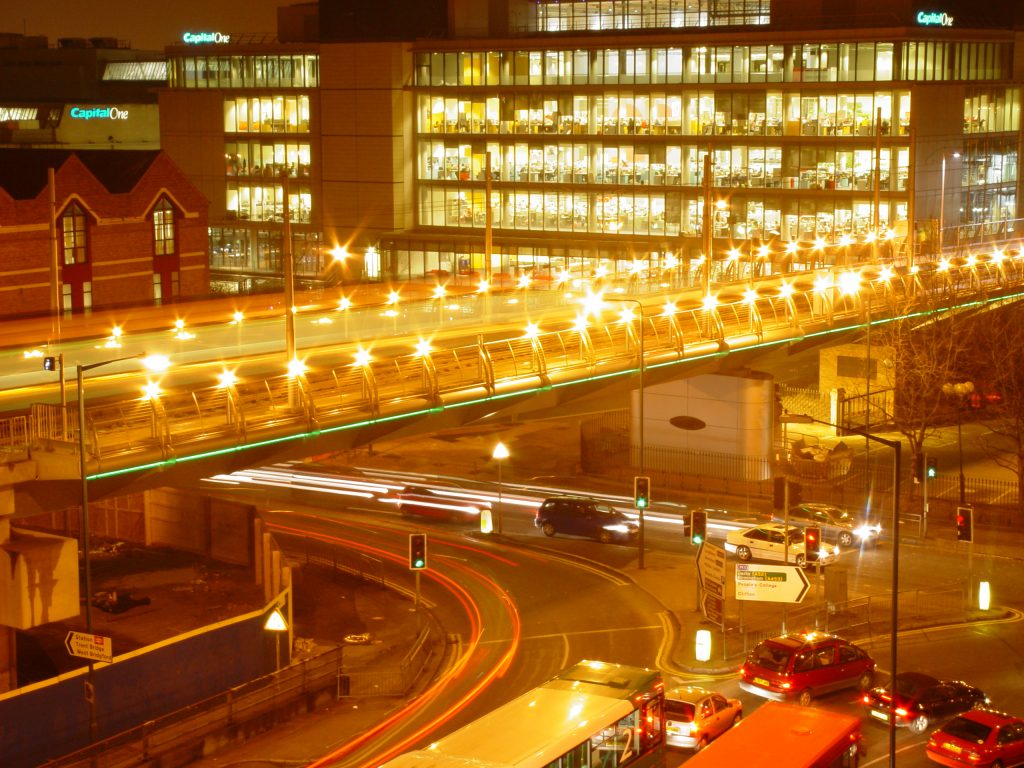 Nottingham’s hosting of the tenth annual UK Light Rail Conference has been declared a resounding success after attracting record numbers of delegates and exhibitors as the event returned to the Nottingham Conference Centre for the second year in succession.

The conference, held on Wednesday and Thursday (June 17-18), attracted nearly 300 delegates, exhibitors and speakers from all over the world and from every tram-operating city in the UK.

In a special video message to the conference, Andrew Jones MP, the Transport Minister Responsible for Light Rail, said: “This is a unique event that brings together the entire spectrum of the light and urban rail industry to drive forward open debate on the major issues facing the industry as well as encouraging networking and best practice from UK systems and those around the world. The Government’s view on Light Rail is very very simple. We support it.”

The Minister went on to quote the high passenger satisfaction levels recorded by tram users for what was a “convenient, regular and reliable” way to travel and said how tram schemes such as Nottingham’s NET tram system have encouraged regeneration and could “improve the reputation, the ambience and the competitiveness” of a city.

“The new extensions [in Nottingham] will provide some impressive benefits when complete. Almost 30% of the population of Greater Nottingham and 20 out of 30 of the largest employers will be within 800m of a tram stop; new areas of open space will be opened up for the public to enjoy; new state-of-the-art trams will improve the journey for all users of the wider network; up to three million car journeys will be taken off the road, reducing congestion, and they [the extensions] will bring about improved integration with Nottingham’s road, rail and bus networks.”

Councillor Jane Urquhart, Portfolio Holder with lead responsibility for NET (Nottingham Express Transit) said: “We are proud to have had delegates coming to Nottingham from all over the UK and from Jerusalem, Utrecht, Dubai, Dublin and Paris. Delegates were given the perfect opportunity to see the progress on the new lines since they were last in the city and the regeneration and development opportunities which are evident alongside them.”

Among the delegates was former MP and Transport Minister Norman Baker, who gave the go-ahead for the NET Phase Two extension in December 2011: “I’ve always been impressed by the transport delivery in Nottingham,” said Mr. Baker. I think it’s a city that punches above its weight and that’s one of the reasons why, when I was Transport Minister, I was very keen to get the extension to the tram system in particular but also the works on Nottingham Station, the A453 and the Ring Road as well. You had schemes coming forward that were actually credible, so Nottingham got a fair share of money from the DFT when I was there, because there was a good case for it, and because I had confidence personally in what the council was doing. So I’m delighted that this is now coming to fruition. I think it’s very important for Light Rail that we have a situation where things come in near enough on time and near enough on budget, because after Edinburgh it’s very important that this is re-established. Manchester has been super and Nottingham’s not very far behind in terms of the delivery and I think people should get behind it.”

Councillor Nick McDonald, the City Council’s Portfolio Holder for Jobs, Growth and Transport said: “We have had lots of compliments from delegates about how well-run the conference has been, how the venue and the event organisation exceeded their expectations, how interesting  the programme was and how valuable the networking opportunities proved to be. Delegates will have gone away with a great impression of the city and of our tram extensions. We want to establish Nottingham as a conference destination and this success can only enhance our reputation and improve our economic prospects as delegates take that message back to their home cities in the UK and overseas.”

Matt Johnston, Managing Director of event organiser Mainspring, said: “We were delighted to bring the Light Rail Conference back to Nottingham for 2015, especially as this is a special year for us in marking the event’s tenth anniversary. The support we’ve received from the city and its partners has been exceptional, and Nottingham’s expanded tramway is a fine example to other cities, both in the UK and Europe, of how Light Rail can transform a region. With NET Phase Two nearing completion, this is a very exciting time for Light Rail, showing that trams have a very bright future in creating the attractive, sustainable cities of the future. This is perfectly demonstrated by the fact that this is the largest event of its kind ever held in this country, attracting delegates from some of the biggest global organisations wishing to find out more about the innovation in the UK supply chain.”