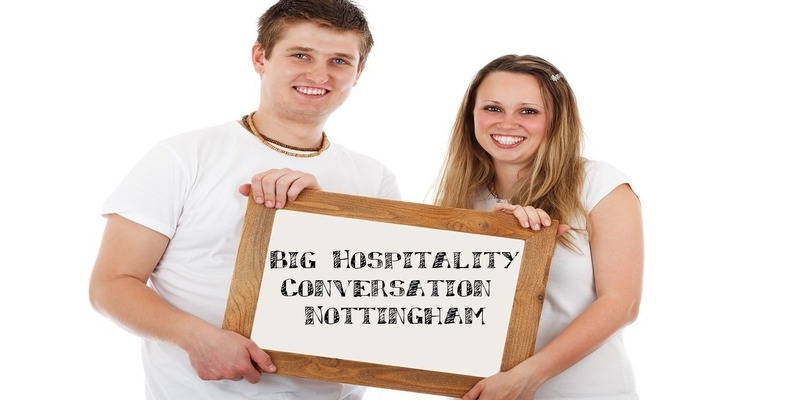 Nottingham hospitality businesses including hotels, restaurants and catering establishments from across the region will come together on Thursday 12th March 2015 at East Midlands Conference Centre to pledge job opportunities, apprenticeships and work placements for young job seekers, at the BHA’s Big Hospitality Conversation, presented in partnership with Experience Nottinghamshire.

Nottinghamshire’s visitor economy is estimated at around £1.5billion annually, while it is the 13th most popular destination for international visitors, and satisfaction surveys say both the city and county rank higher than nearby Birmingham and Manchester. Nottinghamshire is home to one of the biggest regional visitor destinations of all in the shape of Center Parcs’ Sherwood Forest village and home to Nottingham Castle, Nottingham Contemporary art gallery, the Capital FM Arena, the Galleries of Justice and Trent Bridge – one of the international sporting stadiums in the East Midlands and host to the 2015 Ashes. The county also sees the National Civil War Centre launch in Newark this spring, and has a strong historical heritage with Sherwood Forest, the Dukeries, Clumber Park and the Welbeck Estate.

Meanwhile, a recent report (Cities Outlook by Centre for Cities) ranks Nottingham as number 10 on a list of 64 cities for total job creation over the past decade. It is one of only four cities outside the South to make the top 10, while Nottingham has one of the largest labour pools in the UK with 887,000 people of working age according to Invest in Nottingham. The Nottingham economy is now 3.7% larger than the same time last year with the local visitor economy set to grow thanks to two new attractions – the National Civil War Centre and the National Videogame Arcade.

Ufi Ibrahim, CEO of the British Hospitality Association said: “Hospitality and tourism is a key facet of the economic success of Nottingham in terms of its financial contribution to the UK Plc and job creation. It is gaining a reputation for customer satisfaction compared with its regional neighbours and has widespread appeal to both domestic and overseas tourists. For young people living in Nottingham, therefore, a career in hospitality makes perfect sense. The breadth of job roles and the training available means that bright and focused young people can succeed very quickly, and hospitality offers wonderful growth prospects and job opportunities for all jobseekers of any age.”

Jacqui Allum, Director of the BHA’s Big Hospitality Conversation said: “Nottingham and the surrounding area contributes significantly to GDP in both employment and economic terms.  With a varied and wide range of visitor attractions to appeal to all age groups and tastes, Nottingham has a rich cultural heritage which is well suited to attracting domestic and international tourists. Hospitality is a growing industry which is consistently resilient to economic fluctuations and we’re looking forward to striking up a conversation with young people from the local area who are seeking a new career path or job opportunity.”

Jennifer Spencer, Chief Executive of Experience Nottinghamshire said: “The visitor economy in Nottingham is going from strength to strength, and we’re seeing new businesses opening all the time as a result, bringing new job opportunities with them. The sector presents some great options for young people looking for a different career path, offering excellent opportunities for progression, and The Big Hospitality Conversation is a chance to find out about what’s available in this dynamic and rewarding sector.”The Big Hospitality Conversation is a nationwide campaign led by the British Hospitality Association in partnership with Springboard, Barclays, Believe in Young People, National Apprenticeship Service, and the DWP. It offers a commitment to creating job opportunities for 16-24 year olds. Over 35,000 job opportunities have so far been created at events like the one at the East Midlands Conference Centre and the aim is for the hospitality industry to create up to 60,000 jobs for young people by 2016.

John Forrest, Chairman of the Big Hospitality Conversation and COO Premier Inn said: “Hospitality is a vibrant, growing industry with a lot to offer. There is a huge pool of talent in the 16-24 age group and we are committed to helping raise awareness amongst young people that are unemployed, not in education or training, offering significant opportunities for them to join and develop their careers within the hospitality industry. We will train young people, provide them with qualifications and long term prospects within a sustainable and thriving industry.”

This is the 24th Big Hospitality Conversation to date and part of an ambitious 2015 programme which will seek to generate job opportunities across the UK at venues including Sheffield, Newcastle, Swansea, Belfast, Lambeth, Cardiff, Hackney, Legoland, Bournemouth, Llandudno, Dundee / Perth, Preston / Blackpool, Leeds, Birmingham, Exeter, Maidstone, and the Isle of Wight.