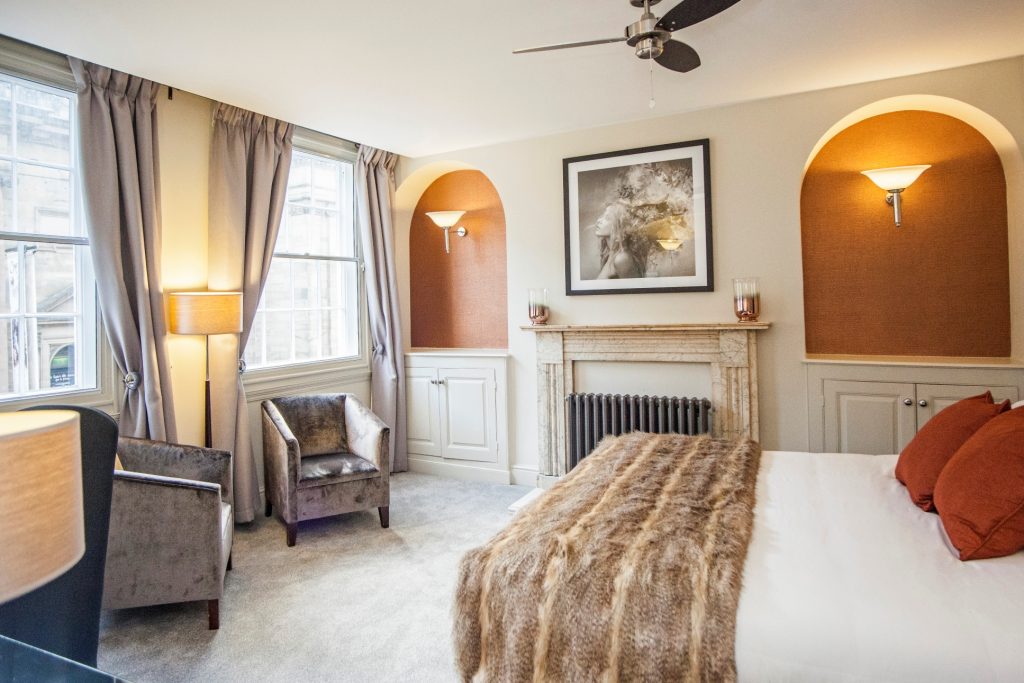 The latest accommodation figures released by hospitality data analytics company STR make for very positive reading for Nottingham, which is bucking the national trend with the value of its hotel bookings and is one of the UK’s strongest performers for year-on-year growth.

The UK Hotel Review for June 2019 analysed hotel statistics from 24 cities and geographic areas in the UK, measuring occupancy rates, average daily room rate and revenue per available room rates (“RevPAR”), which is calculated by multiplying the hotel’s occupancy rates by its average daily room rate. The report also compares these figures to the same period in the previous year (2018). Nottingham has demonstrated strong year-on-year growth across many of these metrics, often bucking the national trend.

Nottingham’s “RevPAR” (revenue per available room rates) demonstrated an impressive growth of +13.5% between June 2018 and June 2019, behind only London (+16.3%) and Southampton Area (+15.9%) and followed by Coventry (+7.5%). The rest of the cities and areas listed have either experienced reductions (some as significant as -15%) or smaller increases, making Nottingham’s scores particularly notable.

This year-on-year growth in hotel bookings is likely attributable in part to major sporting events such as the ICC Men’s Cricket World Cup, which saw around 87,000 people attending the matches at Nottingham’s Trent Bridge. Around 75% of visitors are believed to have travelled from at least 25 miles away and 18% from overseas. These people would have generated thousands of bed nights across Nottinghamshire.

Facilitated and supported by Meet in Nottingham, the city has also played host to several major conferences in Nottingham in 2019, particularly in the healthcare sector. This includes the British Association of Paediatric Surgeons’ 66th annual international congress, the UK Clinical Research Foundation Annual Conference and the Rotary Club’s national showcase weekend. The conferences welcomed thousands of visitors to the city who typically stayed overnight in its hotels.

“It is great to see that Nottingham has demonstrated strong growth across several areas in the STR report, especially when compared to the national average. As the destination marketing organisation for the region, one of our core aims is to increase the number of overnight stays – which benefits not only accommodation providers but of course has a positive knock-on effect on other tourism and hospitality businesses who are able to cater for the additional visitors.

Meet in Nottingham has made thousands of hotel room bookings for business visitors in 2019, and Visit Nottinghamshire has also capitalised on major events such as the ICC Men’s Cricket World Cup by encouraging visitors to the cricket ground to consider an overnight stay or extend their stay for an additional night. These figures are really encouraging, and with the regeneration of the Nottingham Castle and the Southside area of the city set for completion in the coming years and expected to draw huge numbers of visitors, it’s very likely we’ll see further growth in 2020 and beyond.”