Q. Where did it all begin?

I fell into the world of hotels pretty much by accident. Having finished a degree in Geography I needed a job and applied for a Reservations Agent role at Best Western Hotels call centre in Kingston upon Thames. 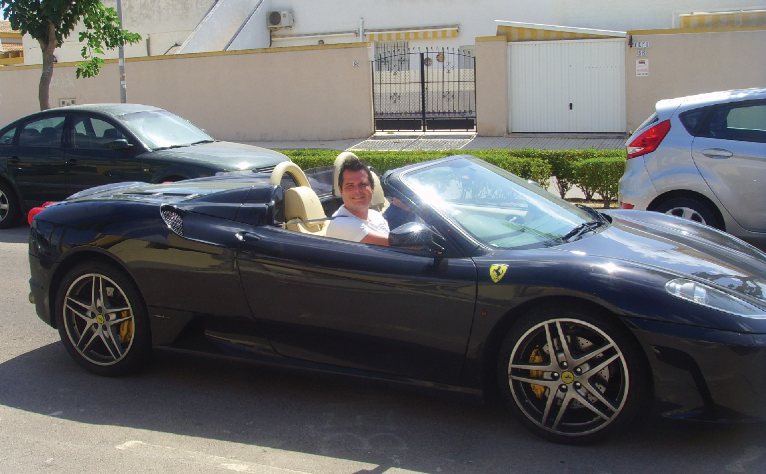 I spent 5 years in BW and ended up as Trade Sales Manager looking after leisure fit contracts for the group. In 2002 I joined Park Plaza in London managing national, corporate and MICE accounts and was fortunate enough to be involved in the opening of some amazing hotels.

In 2004 I relocated to Nottingham and in November 2005 I took the role of Director of Sales at Park Plaza Nottingham where I remained until 2012 when I took redundancy and set up my own business offering sales & marketing consultancy services to hotels…and here I am today!

Q. What do you think makes the St James  unique for hosting events?

I would have to say the views from the two main event rooms looking directly over Nottingham Castle. You can see the castle from some other events spaces in the city but we’re definitely the closest! I think St James is also the only hotel in the city centre with dedicated, self-contained conference centre.

Q. What’s the most memorable event you have worked on so far?

The conference centre at St James only re-opened a couple of months ago. I was part of the initial working party who went to Brighton in 2011 to meet with the organisers of GMB Congress to persuade them to bring their event to Nottingham. It was great to see the event finally materialise last year.

Q. What’s your favourite area of the hotel?

The bar…only kidding. It’s a close call between the Oak Room in the conference centre which looks amazing now since it’s been refurbished, and the Penthouse Suite with its antique furniture, baby grand piano and Jacuzzi bath with TV. I think the Penthouse just edges it as there’s nothing quite like it in the city.

Q. In your spare time what do you like to do in Nottingham?

I’m a keen tennis player so that takes up a good few hours each week. I also play a bit of golf and we’re lucky enough to have some great courses nearby. I’m partial to a good night out once in a while and there always seems to be somewhere new to go.

Q. Tell us about the refurbishment of the hotel?

The hotel changed ownership in June 2013 and the refurbishment of the public areas and bedrooms began in September. The public areas were completed in January and the final bedrooms came back on-line in May so all in all the work was completed pretty quickly. Work then began on the conference centre which was completed towards the end of July.

Q. We hear you are really fit…tell us about Kilimanjaro.

I wouldn’t say I’m really fit but I do my best! In January I’ve taken part in a trek to the summit of Kilimanjaro to raise money for two very worth local causes, Dove Cottage Day Hospice and Amy’s Trust. Our friends own a pub in Normanton-on-the-Wolds where Amy was one of their bar staff. She sadly died very suddenly last year at the age of 22 following an undiagnosed heart condition. Our trip was entirely self-funded so 100% of the funds we raised was split 50/50 between the two causes.