The building of Nottingham Castle, the planting of the  Major Oak, when Torvill & Dean won Gold and when the mighty Forest won the European cup; Nottingham’s about to add another momentous date to its line-up.

Tuesday the 27th of May 2014 marks a massive milestone for Nottingham; for the first time in history, you’ll be able to tune in to a brand new local TV station. A TV station dedicated to all things Notts.

Broadcasting on Freeview Channel 8, Notts TV is part of the biggest move in British media in a generation; the creation of a brand new network across the UK.

Operating seven days a week Notts TV will bring you daily News, Sport and Weather, as well as a range of quality programmes from music and comedy, to history and documentary.

Unlike any other channel, Notts TV’s all about where you live, and what matters right here. From Arnold to Aspley, Bulwell to Chilwell, you don’t have to share Channel 8 with Leicester and Derby!

With an investment of over £1m on technical infrastructure, the venture marks a return to large scale programme making in Nottingham, while the Channel’s city based news studio is being equipped with state of the art technology.

As well as the Nottingham Trent University base, Notts TV also operates out of its HQ at Confetti Media Group’s Antenna building and alongside their partners; Nottingham Post and Inclusive Digital.

While the Notts TV news team prepares for broadcasting 90mins of news a day, the production team are busy shooting a variety of programmes ready for launch.

Channel Director Jamie Brindle explains more about one of the most exciting things to happen to Nottingham:

“We’re lucky to be working with some really talented people; household names that bring a strong fan base with them”, he says. “BBC favourites – Frances Finn and Becky Sheeran join us as Presenters and we’re pleased to announce that our team of talented Video Journalists have come from a variety of successful media outlets across the UK.”

Some of the brightest student journalists from Nottingham Trent University’s Centre for Broadcasting and Journalism will also be involved in the station during their final year of study or through placements.

“In the next few weeks and months, you can expect to see our campaign hitting Nottingham,” says Jamie. “From online to outdoor and direct mail to bus advertising, we hope you’ll say ‘Ey up’, when you see us. “

Fans and followers can get involved in the conversation around Notts TV and suggest their ideas for potential programmes. In addition to this, potential advertisers and sponsors can see their brand beamed directly into homes across Nottinghamshire, allowing for really targeted campaigns.

“It’s very exciting,” finishes Jamie. “We have so many things planned for Notts TV and we want the whole of Notts to be a part of it.” 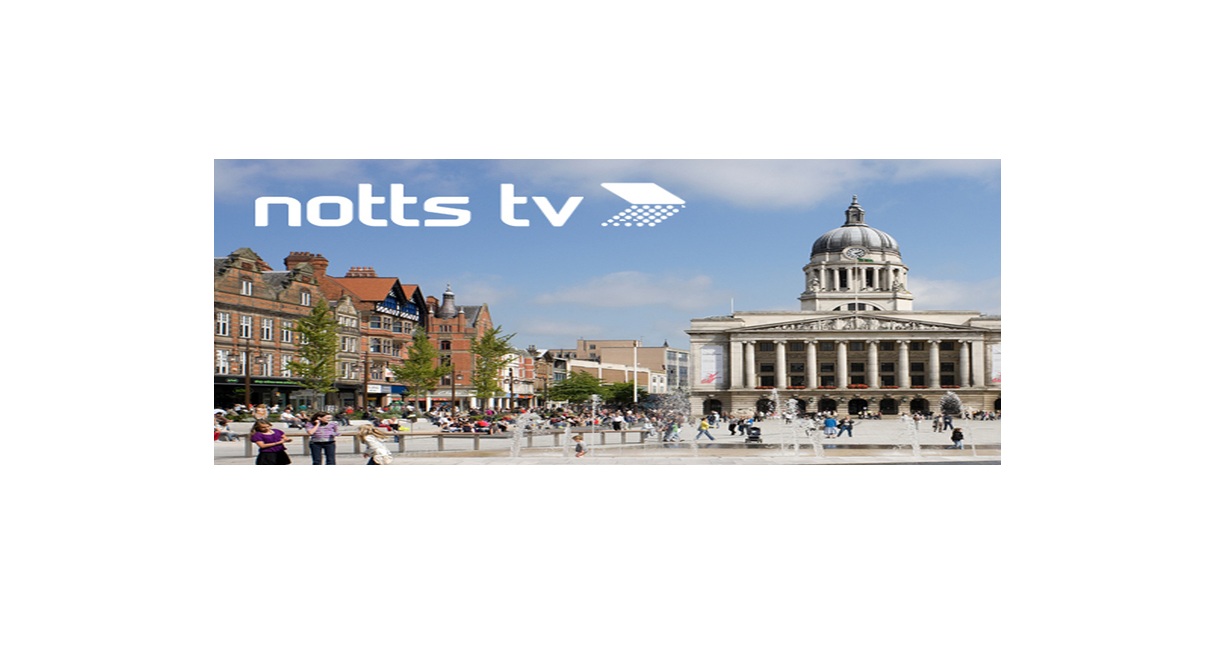