Ade is the face behind Ezekial Bone Tours of Nottingham and has already received two national awards this year; VisitEngland Tourism Superstar 2014 silver award and VisitEngland Tourism Experience of the Year 2014 bronze award. On top of this, his tours have been awarded TripAdvisor’s No.1 Nottingham Attraction since 2012, and now he has been awarded with TripAdvisor’s Certificate of Excellence 2014.

The prestigious award celebrates hospitality excellence and is given only to establishments that consistently achieve outstanding traveller reviews on TripAdvisor. Winners of the Certificate of Excellence are located all over the world, with only the top ten percent receiving the award. This is the second year that Ade has been awarded with the accolade from the travel site.

Robin Hood is world renowned as Nottinghamshire’s most famous outlaw and Ade Andrews lives and breathes the character through his own creation, the Robin Hood Town Tour. Ade is passionate about Nottingham and the wider county and as well as giving tourists and locals the magical discovery they seek, he is frequently featured in international media, involved in cultural regeneration projects, education for City schools and supports funding bids for Sherwood Forest.

To win two VisitEngland Awards in the same year is a fantastic achievement, but to then go on and win TripAdvisor’s Certificate of Excellence 2014 for a second year running is phenomenal.

With 20 years experience of being Robin Hood, I enjoy giving tourists and locals the magical discovery they seek. I look forward to continuing to make sure Robin Hood’s legacy lives on through my tours and to helping visitors understand and appreciate our famous city and county, and its famous son. 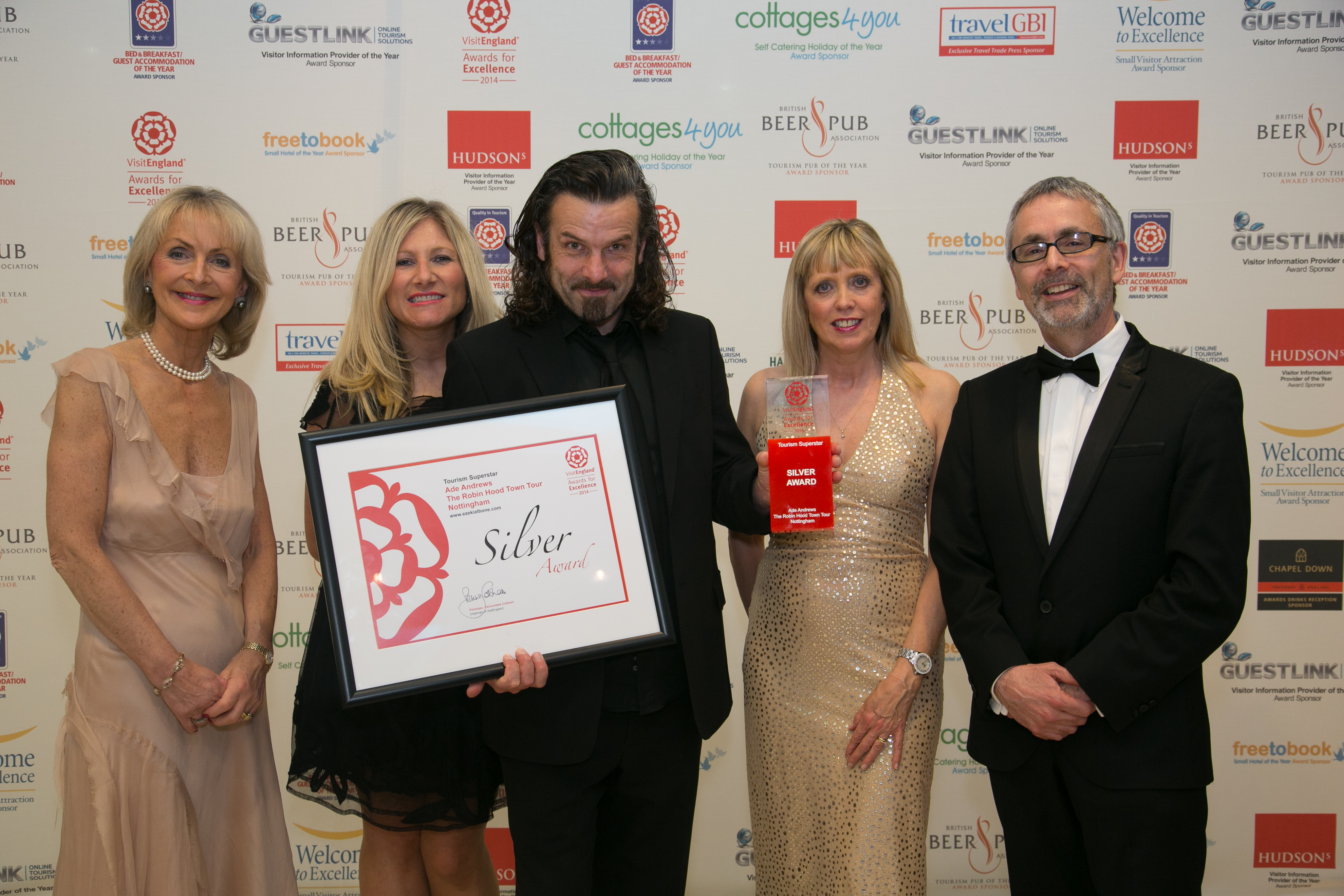