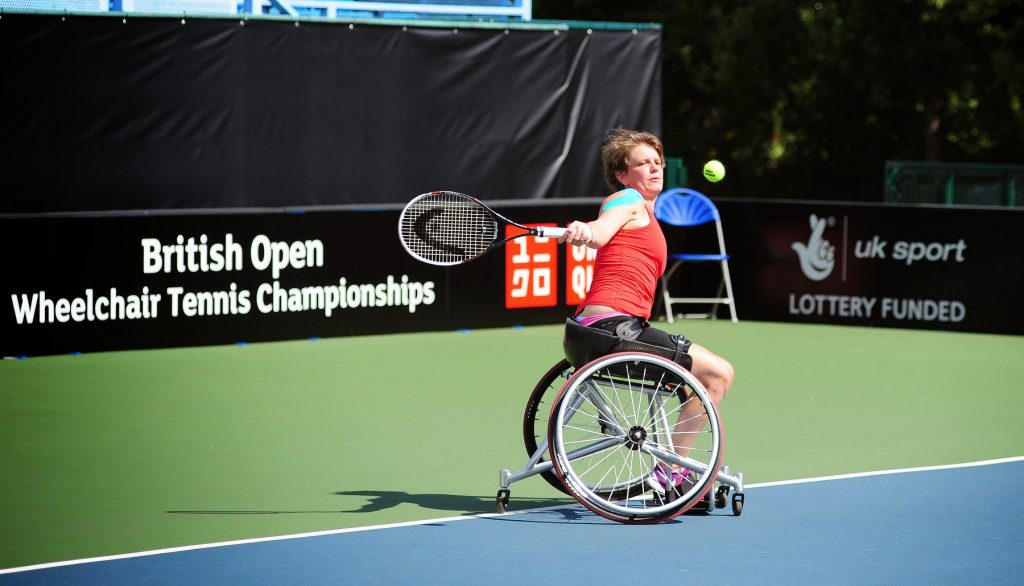 The British Open Wheelchair Tennis Championships is one of only six Super Series events on the international UNIQLO Wheelchair Tennis Tour and is just one level below Grand Slam (all four Slams now feature wheelchair tennis). In 2014 the event celebrated its 25th anniversary and it regularly attracts the world’s very best players. Last year saw world number ones Shingo Kunieda and Yui Kamiji from Japan win the men’s and women’s titles respectively and Dylan Alcott from Australia claimed the quad title (the division for players who also have an upper limb impairment).

The event is free to attend and usually features a come and try sessions for members of the local community. Recent special guests have included Judy Murray and the Lord Mayor of Nottingham, as well as President of the LTA, Cathie Sabin.

Nottingham Tennis Centre has the honour of hosting the first ever World Deaf Championships after the Tennis Foundation won the rights to the inaugural event. Sanctioned by the International Committee of Sports for the Deaf (ICSD), the new World Championships enhances the existing calendar of major international deaf tennis events. As well as men’s and women’s events, the Championships will also feature a junior element as players can compete in the World Youth Championships. This event will also feature a come and try day for deaf players from across the region.

The Nottingham Indoor Wheelchair Tennis Tournament is an ITF 1 Series event (one level below Super Series), on the UNIQLO Wheelchair Tennis Tour. The event frequently attracts the world’s top players and in 2014 the Tournament played a crucial role as a warm up for the year-end Masters in London that featured the world top eight. Last year saw Britain’s Gordon Reid and Dutchwoman Jiske Griffioen take the men’s and women’s titles respectively with Dylan Alcott enjoying a successful year in the city winning his second quad title.